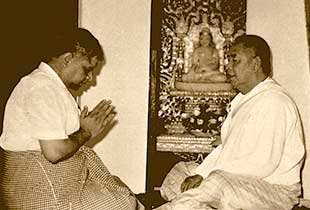 This dedicated lineage transmitted the technique in its pristine purity.

Five centuries after the Buddha, the noble heritage of Vipassana had disappeared from India. The purity of the teaching was lost elsewhere as well. In the country of Myanmar (Burma), however, it was preserved by a chain of devoted teachers. From generation to generation, over two thousand years, this dedicated lineage transmitted the technique in its pristine purity. 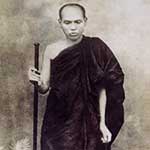 He was perhaps the most outstanding Bhikkhu (monk) of his age.  All who have come in contact with the path of Dhamma in recent years owe a great debt of gratitude to this scholarly, saintly monk who was instrumental in reviving the practice of Vipassana, and making it more available for monks and lay people alike. In addition to this most important aspect of his work, his concise, clear and extensive scholarly writing served to clarify the experiential aspect of Dhamma. 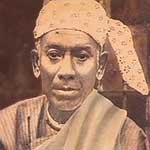 U Thet lived a peaceful, contented family life of until a cholera epidemic struck his village. A son and daughter as well as many friends and family members died. Deeply affected, he left his home in search of a solution to the sufferings of life. U Thet came across Ledi Sayadaw and stayed with him for 7 years. Ledi Sayadaw encouraged him to teach. He returned to his village, set up a simple meditation centre and as a rare lay teacher, taught thousands of students from all strata of society for the final 30 years of his life.

Ven. Webu Sayadaw was one of the most highly respected monks of this century in Burma and was reputed to be an arahant (fully enlightened one). He underwent training from the age of nine until he was twenty-seven. Webu Sayadaw was famous for his unflagging diligence in meditation and for spending most of his time in solitude. Following their auspicious meeting, Webu Sayadaw was instrumental in encouraging Sayagyi U Ba Khin to teach. 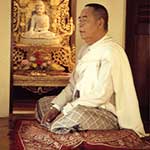 From humble beginnings he rose to become the first Accountant General of independent Burma in 1948. For two decades he ran governments departments, often holding two or more posts simultaneously. He became a student of Saya Thetgyi in 1941 and later began teaching meditation in the office of the Accountant General. He set up the International Meditation Centre (IMC) in Rangoon in 1952 and while living a busy working life as a householder with a large family, he taught Vipassana to many Burmese and foreign students. 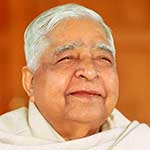 Born in Burma, Goenkaji enjoyed early success and status in life as a leading industrialist and leader of the Hindu community. However this brought no inner peace, which led him to take a course of Vipassana under Sayagyi U Ba Khin in 1955. He studied with Sayagyi U Ba Khin for 14 years. Unable to leave Burma himself, but convinced the ‘timeclock of Vipassana had struck’, Sayagyi encouraged Goenkaji to take Dhamma to the land of its origin, and in 1969 Goenkaji left Burma for India and began conducting courses. From there Vipassana has spread all round the world. His first foreign Dhamma tour in 1979 included courses in the Europe. In the 1980s Goenkaji gave several courses in Europe and conducted courses in Europe during his visits in 1987, 1991, 2000 and 2002. He appointed many Teachers worldwide who continue to teach the courses on his behalf.